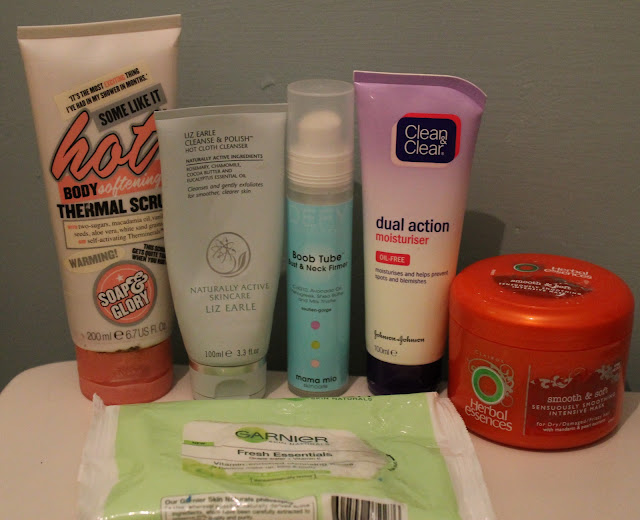 I was inspired when Fee at MakeupSavvy did an all used up post some months ago and vowed to start collecting my empties and do the same. It’s taken a little while and unsurprisingly there are more skincare items than cosmetics (I don’t like to use anything up) but here’s e everything I’ve recently used up..
The question is.. would I buy it again? 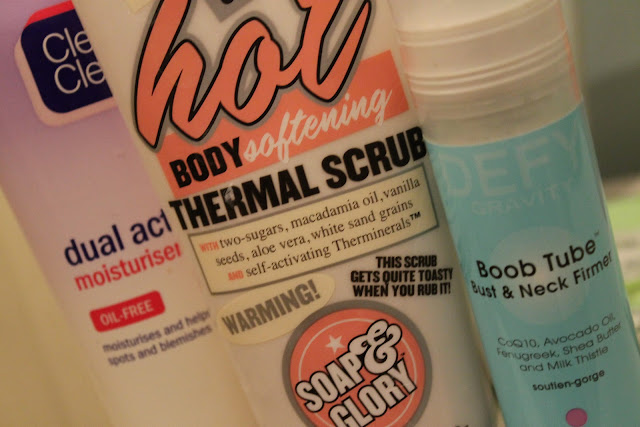 Soap & Glory ‘Some Like It Hot’ Thermal body scrub
I love thermal products! It seems a little bit magical, doesn’t it? Well it does to me and the instant warm sensation of this scrub had me hooked.. at first. Unfortunately the heat barely lasts 10 seconds and after that it’s just your average body scrub and I wouldn’t pay £8 for an average body scrub. I did discover toward the end of the tube a lot of grey liquid which got extremely hot on contact with my skin so I believe that it was all stuck in the top on the tube, unfortunate because if it had all been like that I would have really liked this product!
Liz Earle Cleanse & Polish
This s a firm blogger favourite but it took me a long time to pick it up and even longer to actually use it. I tried it a couple of times and it was ok but nothing revolutionary so back in the cupboard it went and n to the next cleanser I was. I revisited Liz Earle in November and began using it on a daily basis, the key to this stuff is regular use! My skin had never been smoother/clearer and I have since repurchased this! I do begrudge paying £23 for 200ml but I will continue to until i find a replacement.
Mama Mio Boob Tube
I loved this, I really did! I used it when i was pregnant and I’m not sure if it made a different to the firmness of my bust as I lost my baby weight but the condition of my skin improved after only a couple of days. Unfortunately this is one pricey lotion at £29.50 for 100ml and that is just out of my budget for essentially a body lotion! If ever I have the spare cash or it is gifted to me I will be very happy to be reunited but for now.. It’s just not worth it. 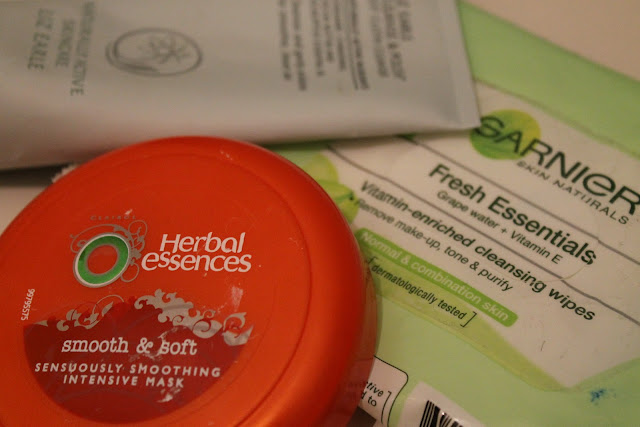 Clean & Clear Dual Action Moisturiser
Regular readers will know my feelings on this wonder-stuff and needn’t continue reading this section but would I repurchase? Yes, Yes A thousand times YES! I use it as a moisturiser, I use it as a treatment for blemishes and for £2.99 you can’t afford not to try it! You won’t be disappointed.
Garnier Cleansing Wipes
Just rubbish. There’s not a lot to say about cleansing wipes, they either work or they don’t and these my friends.. do not! They are too dry to wipe ANYTHING and I would absolutely not recommend them! They are only £2.99 but it was £2.99 I wish I hadn’t spent.
Herbal Essences Smooth & Soft Mask
I tried this and the tousle me softly at the same time and both really impressed me! As drugstore haircare goes Herbal Essences really know their stuff! I would buy this again if I wasn’t so in love with my Aussie and Macadamia stuff but never say never and I would recommend them to any of you considering a drugstore mask. My only advice would be to shop around.. you can usually find these on offer somewhere, currently that place is Superdrug where they’re half price at £1.95 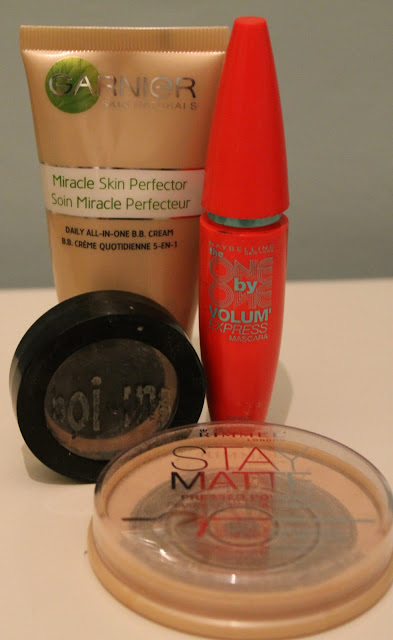 Garnier BB Miracle Skin Perfector
This was £9.99 when it launched but I haven’t seen it anywhere for more than £7.50 for months. I would repurchase it full price though again and again. It’s supposed to be a ‘BB’ cream but not knowing exactly what to expect from a BB cream i would describe it as the best tinted moisturiser I ever tried! It diffuses imperfections and evens out skin tone while giving the illusion of a makeup free face.
Benefit Boi-ing Concealer
This stuff is really good. It’s dubbed as an industrial Strength Concealer and I’ve always had one in my makeup bag since I discovered Benefit about 8 years ago. It hasn’t always been my go-to but it’s been nice to know it’s there if I need it. I would have said I would repurchase had it not been for a very recent acquisition. Soap & Glory’s Kick-Ass concealer knocks this out of the park at it’s just £10 as opposed to £16.50. Sorry Benefit, you’ve been beat!
Rimmel Stay Matte Pressed Powder
This was my pressed powder for 2 years! I have lost count of how many I’ve bought over that time but given that it’s only £3.99 I didn’t mind repurchasing. It didn’t do anything life changing but it was a good value pressed powder that held my makeup and kept me relatively matte for a good portion of the day. As I said I have repurchased in the past and wouldn’t rule it out for the future but I just replaced it with 17s Shine Control version for the same price and am preferring that right now.
Maybelline One By One Mascara
This was my favourite mascara for most of last year. It was the first mascara that seemed to really work with my stubby lashes and do something a bit special with them. It really opened my eyes (literally) and I would definitely repurchase. My last mascara buy was the Volume Million lashes from Loreal which I also really like but I will purchase the one by one next to see which is really my favourite. 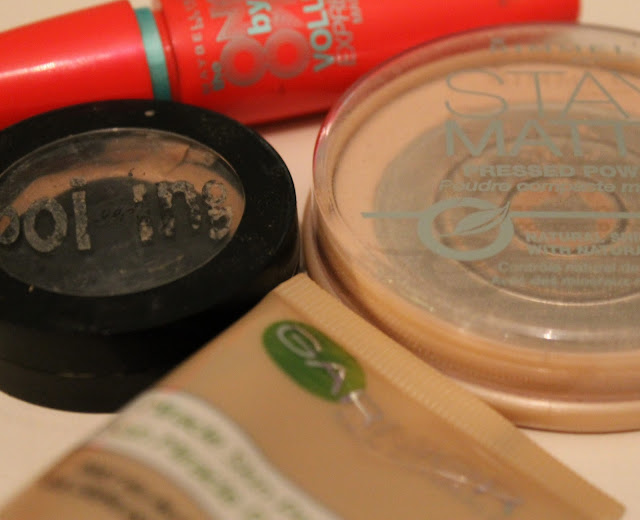 What are the products you repurchase time and time again?