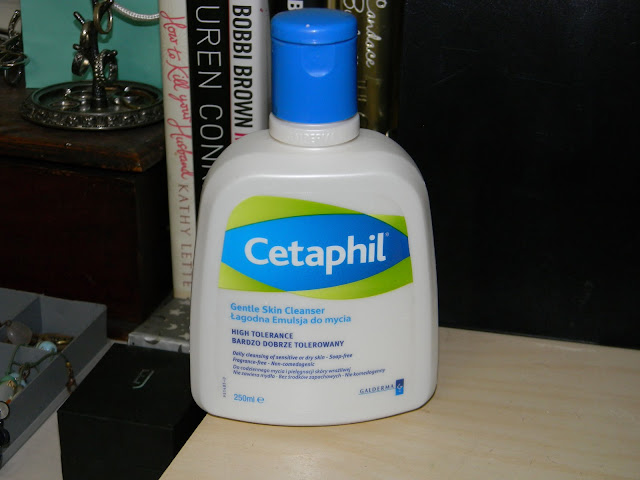 I bought this a while ago to review as everyone seems to rave about it.. I had to give it a go, right?
Recently it’s been popping up on my blog feed again because it would appear Boots are now stocking this “wonder cleanser”. I’d like to point out I bought this months ago in Asda.. they’ve had it for a while but nobody seemed to make a big song and dance about that, did they?.
I have always considered my skin to be “problem” in that I get regular blemishes but I think I’ve been giving it harder time than is due as I’ve realised my breakouts are hormonal, mainly occurring around the same time each month and they tend to stay around my chin. I’ve read that chin pimples are aunt flow-related and that the side of your chin relates to which ovary the egg has been released from. Whether that’s true I don’t know but it sounds plausible and it makes me feel generally better about my skin type. I do tend to get oil though my t-zone and on my chin but I wouldn’t say my skin is greasy per se. If I use over-abrasive products or too much alcohol I can suffer dry patches but my skin isn’t really dry, it’s combination at worst.. normal at best. I used Cetaphil thinking that after a week or 2 I would be singing its praises and renouncing all other cleansers in my arsenal… but I am not a fan. It doesn’t leave me feeling clean. I like microbeads, a bit of exfoliant…something! A creamy cleanser just doesn’t do the job.. I like to feel scrubbed and fresh. I’m sure it’s great for people that break out because their skin is sensitive but mine really isn’t so I don’t think I was the best test subject. I haven’t actually seen any bad reviews of Cetaphil and I guess this isn’t one either. Not everything works for everyone and this is just not for me.
Unless you have real problem skin I would give it a miss.. there are plenty of other cleansers out there that you will probably prefer and that come in much cuter packaging and smell lovely as opposed to this pharmaceutical looking face wash.
Sorry if I’m speaking out of school and mortally offending you Cetaphil converts
Miss BB