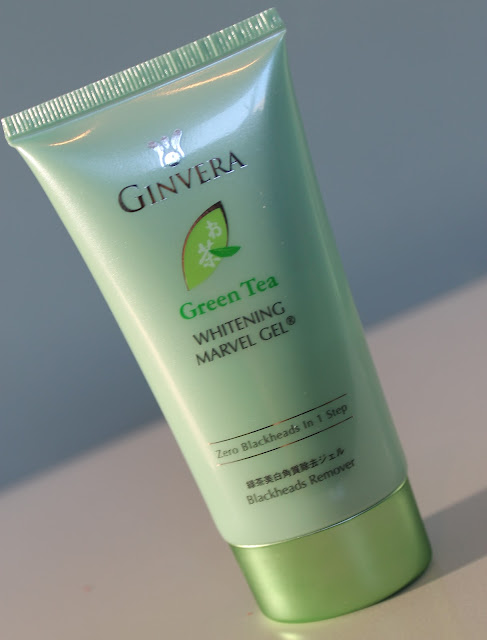 I’m going to choose to believe that when the term ‘whitening’ is used by Ginvera they are referring to brightening and evening out darker patches. Whitening skincare is a controversial topic and although lots of high end brands have their own lines not many of them are readily available in the UK. When Ginvera contacted me asking whether I’d be interested in reviewing their BB cream I jumped at the chance but when they mentioned this I wasn’t so sure. They insisted I try it maintaining that the formula was like nothing else and that I would be pleasantly surprised and do you know what? I was! 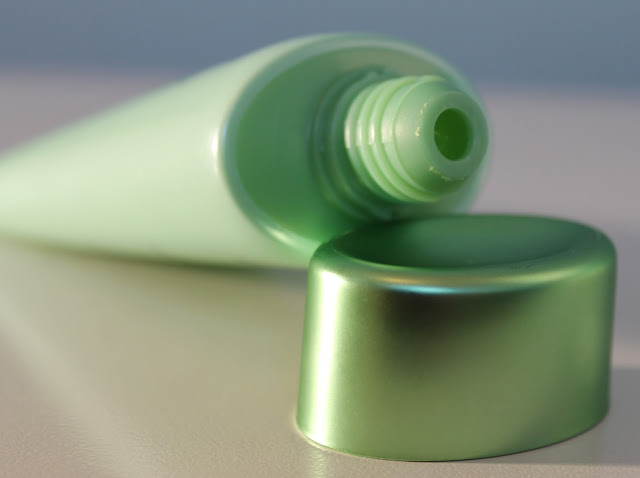 Is is as the name suggests, a gel. I use it after cleansing though I imagine it could replace your cleanser altogether if you wished. I rub the gel over my skin, it says it’s safe for use on the eye area and if my dark circles were worse I may be tempted but I’ve avoided it thus far so can’t comment on that. As I rub it in the thick gel becomes thinner and creates little ‘bits’. You know when you ‘over-rub’ a body lotion and get those little ‘rolly’ bits.. like that! I rub it for a few minutes and wash it off. It doesn’t feel like it’s exfoliating in any way, it’s entirely gentle but it leaves my skin silky smooth. I’m going to go out on a limb here and say.. smoother than the Clarisonic *gasp*. I wasn’t sure if I was even going to bother reviewing this when I received it but after using it for just a few days I feel it’s worthy. 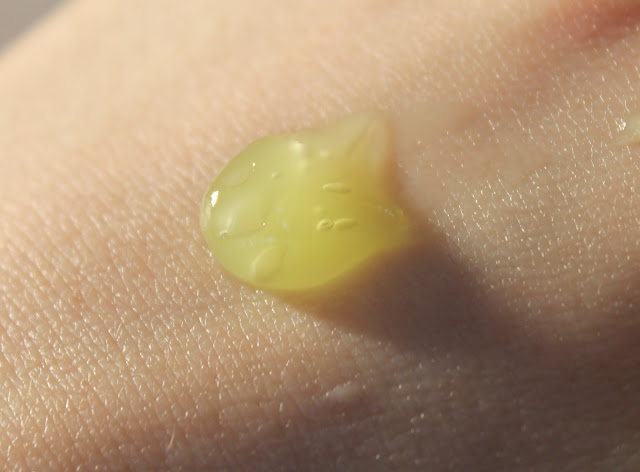 It promises 10 benefits as you can see below and I can’t tell you whether it lives up to it’s claims as yet but I do believe it rubs away dead skin cells and ‘gives way to newborn skin’ and if it does that then I’m happy to keep using it to see if my skin tone really does improve among other appealing results. The number one benefit that this product is sold for is eliminating blackheads. I’ve never had a real problem with that but my pores have been known to get clogged so anything that can prevent that is of course very interesting. 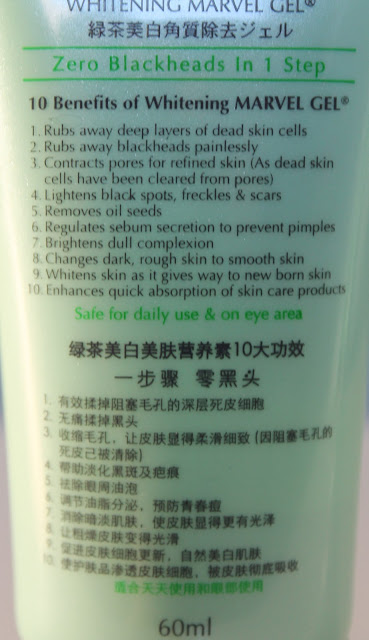 Ginvera Whitening Marvel Gel usually retails at a whopping £24 but it’s currently on offer here for £18. I wouldn’t want to say yet whether I would be willing to purchase at that price as it’s more than I ordinarily care to pay for skincare but if it lives up to its claims I would have to give it some serious thought. If you consider this an alternative to a Clarisonic and cleanser it could just work out better value for money. It even says it enhances quick absorption of skincare products – just like the Clarisonic.. s’all I’m saying!
Have you tried anything from Ginvera?
Miss BB