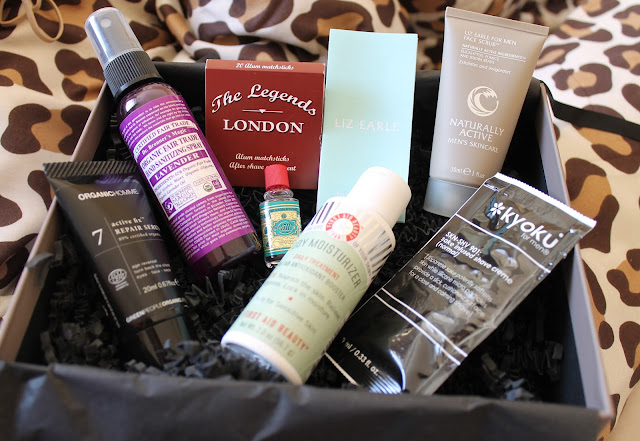 I know I’ve been a bad blogger lately but I can’t believe I forgot to post on this! As you know I’ve cancelled all beauty box subscriptions as of this month but I’ve kept the Glossybox for Men as I get it for Lee and he rarely treats himself to anything but when this arrives he’s always really keen to test stuff out. I’m not going to bore you by listing the contents as you can read all that here but I will share the highlights since he’s had it for a couple of months now. 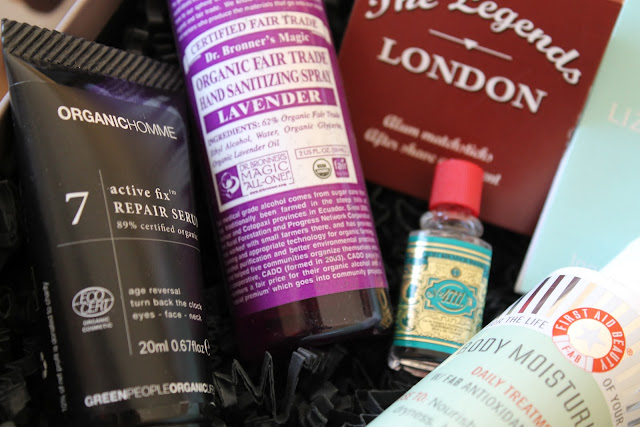 The Organic Homme repair serum was very well received, in fact I think it was the first thing he used up. He’s getting more interested in anti-ageing as he approaches 30 (this November) and little samples like this are a great way to introduce products to men without a steady routine. The Legends London also deserve a mention as they’ve produced a genuinely unique product. From looking at the site it seems this is the only thing they produce, Alum Matchsticks Aftershave Astringent. It’s effectively a book of matchsticks that have ends coated in an aftershave balm as opposed to the regular striking material. The idea is that each match gives the exact amount of product you need to soothe your skin after shaving and as they’re disposable they’re more hygienic. I though they were a bit of a gimmick for travel etc but if would seem this is something that The Legends London sell in their own barber shop as well as shops all over the country. You can’t buy individual books of 20 but 50 books will only set you back £14.00 which is 1000 matchsticks.. that’s almost 3 years worth.. you can’t beat that for value and it would be an awesome gift! 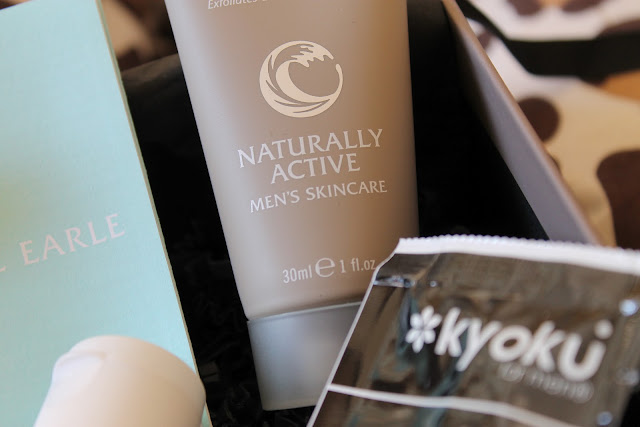 Wow.. who knew I’d have so much to say about after shave lotion? The last honorable mention has to go to the Liz Earle face scrub. Generally Lee steers clear of anything abrasive as his skin is very sensitive but providing he sticks to his non-stubble zones he really likes this and the 30ml sample will last him forever the way he’s using it – sparingly, once a week. Lastly, not a product I want to rave about but one I questioned as soon as I saw it, Dr Bronners Magic Hand Sanitizing Spray. Now I know florals are all the rage right now and all but really? Lavender scented products in the Glossybox for men? I’m not saying that Lee doesn’t use my shower gel from time to time but Lavender is a really strong scent to be spritzing on your hands during the day.. am I the only one that found this addition to be peculiar?
Like I said I’m sticking with the Glossybox for men because unlike me Lee wont go out and try things without it so I think he’s the target market for  beauty boxes in general but any suggestions you have on male skincare are always welcome, I think for his 30th I’m going to treat him to some nice stuff.
Miss BB