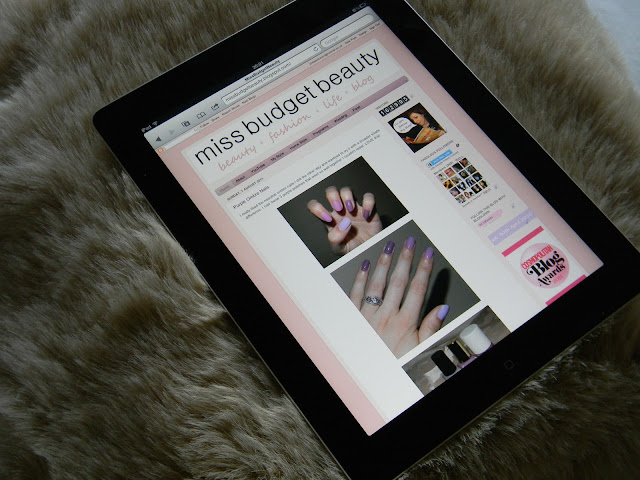 Only a couple of months ago I was giddy with glee to get my hands on an an iPad 2.. today it left my house and in it’s a place.. a wad of cash. This has left me with mixed emotions. I’ll admit when I bought the gadget I regretted the purchase immediately, it was huge chunk of cash to part with for something that didn’t seem to really add anything to my life. It doesn’t replace a laptop because there’s so much you can’t do with it and as I bought it wi-fi only I couldn’t use it out of the house so… what was the point? I use my laptop for the majority of my web browsing, blogging etc etc so the iPad became a glorified games console for me. Don’t get me wrong, I loved it… but it was a very expensive way to play with apps. I was really hoping the movie editing software and camera quality would be a YouTube game changer but it was no better than my iPhone4. At the end of the day it’s a nice to have but definitely not a need to have. I lost £150 on it in those few months of ownership which is pretty painful ’cause for that cash I could have bought a brand new DS which would have been just as useful (plus I’d still have it)
Anyway… the sale of the tablet has come at a bit of a bad tech-time for me. My Sony Vaio laptop is driving me nuts… today we’ve had to restore it to factory settings just to get it to function on a basic level. I have the cash from the sale of the iPad, I have some more money coming in at the end of the month and I would just DIE to finally upgrade to a MacBook Pro… so that’s the plan. I know it’s expensive but I’ve spent more than that on laptops in the last 2 years and if they really last as long as everyone says then it will work out cheaper than replacing my sony with another windows machine. I have wanted a mac for the longest time which is a huge part of why I bought the iPad in the first place.. it was a poor mans macbook that never really lived up to my expectations. I would love to hear from you guys that use macs.. I only ever hear good things but I value your opinions.. are they really THAT much better than a PC? I’m hoping to trade up in the next few weeks so leave me your comments! Is it really worth £999?