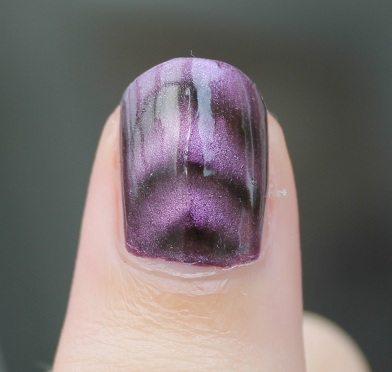 This magnetic nail polish trend seems to have really taken off. I was really excited about it when I first heard and couldn’t wait to try it. So many brands are launching their own version I wanted to try as many as I could to let you guys know which was best value.. so far I’ve tried two and I thought I’d share some pictures and my experience so far… 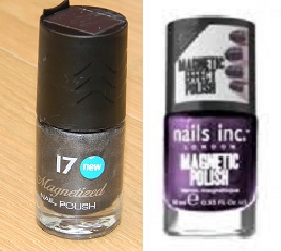 17 Magnetised in Gun Metal £5.99
&
Nails Inc Magnetic Polish in House of Parliament £13.00
I would like to point out I bought my Nails Inc polish from BuyaPowa last week in their deal. It ended up going for £7.00 so I paid 46% less than the RRP.
Here are some pictures of my nails…magnetised…. 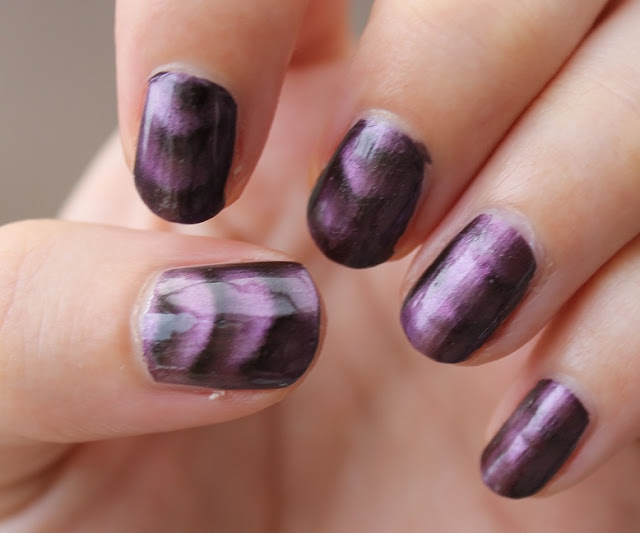 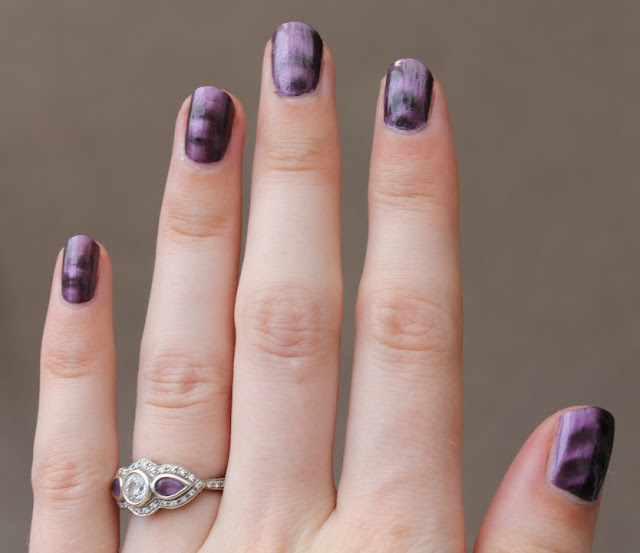 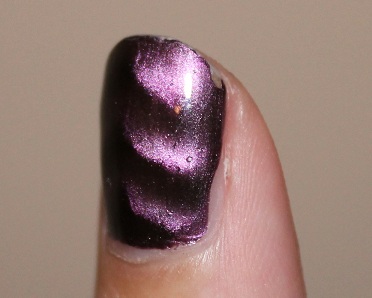 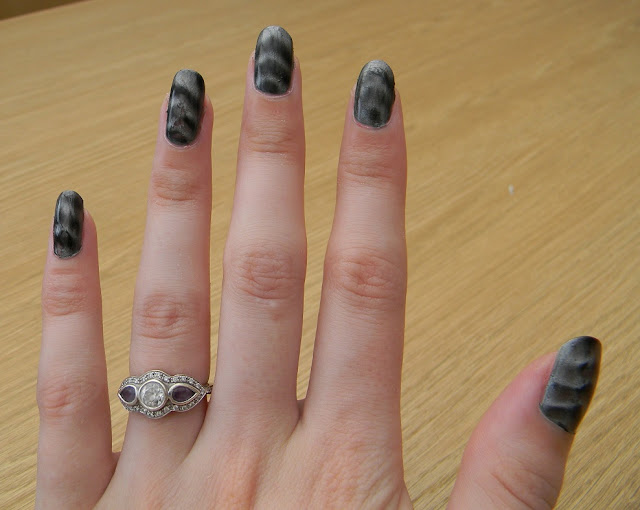 Ok… now you’ve seen them I have some thoughts I’d like to share. Firstly…Magnetic nail polish… not easy! It looks like it would be a piece of cake, right? Like the simplest nail art ever… not so! It is really really tricky to master. I’ve only done it twice and I can tell you that one formula was definitely easier than the other but I haven’t perfected the application just yet. I haven’t read anything about how the polish actually works but if I had to guess I would say it contains tiny iron particles (like the games you got as a kid where you could move the guys hair around… remember?) so when you hold a magnet over-top it draws those particles to the surface. I had a real tough time with the 17 version, You have to get the magnet (in the detachable lid) very close to your nail to draw out the pattern and I was convinced I was touching my nail and messing up my polish but it turned out the polish was touching the magnet… not the other way around… 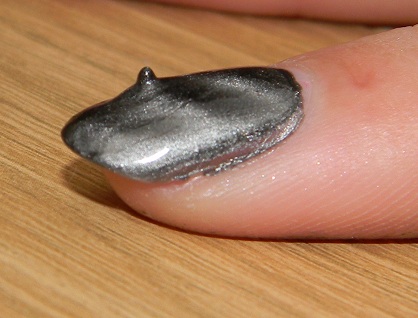 From what I can tell the thickness has a lot to do with this. This is where it gets really tricky. You really only have one chance to get a full coverage per nail and you’re advised to use a generous coat of polish but I think that’s a mistake. The thicker the coat of the polish the more the iron particles lift toward the magnet and smudge your nails. Unfortunately if the application is too thin the magnet wont pick up any pattern at all. This is where the two brands differ. The 17 version needs a couple of coats or one really thick one if you’re going to get an opaque finish, the Nails Inc is a one coat job. It’s so difficult to explain in a blogs post which is why I have a video review in the works but I hope you don’t find this totally pointless.
You can see from my pictures the Nail Inc polish gave me much better results.. the 17 was smudged due to the lifting problem I experienced. I have seen lots of positive reviews about the 17 version so don’t think my review is the be all and end all… it’s just my opinion. Perhaps these people have laid down one thin coat first and then another coat which they’ve gone on to magnetise.. I don’t know. I will keep at it and once I’ve perfected it I will do my best to produce a How-To, right now I just wanted to share my experience so far.
Neither brand made this an easy effect to achieve and both chipped quickly which was very disappointing given how long it takes to apply. I like the effect, it changes depending on the lighting, the angle, allsorts. It’s very unusual but I don’t know whether it’s worth all the effort.
Have you tried any magnetic polishes yet?
Thoughts?