Miners latest offering comes in mascara form and before I even start let me just say… I like it!
You guys may know that I receive new miners launch products to review from time to time. I am always wary as I would hate to give something a bad review if it’s been sent to me for free but luckily so far I’ve loved everything they’ve sent and even the items that perhaps aren’t “me” I can at least see the positives for others. FYI if I didn’t like a free product I would just choose not to review it, I am always honest albeit very opinionated. Anyway.. let’s get on with it.
So, what’s the hype?
Get full-bodieGet full-bodied lashes from root to tip with Voluptulash Mascara from Miners Cosmetics.
The unique hourglass shaped brush is specially designed to sculpt and volumise, leaving you with voluptuous and luscious lashes.
Voluptulash is available in two vivacious shades
Ok so, what do I think?
Well… I don’t think it’s a volumising formula… I know this might sound odd for a good review but stay with me. It didn’t offer me an fullness, thickness, anything-ness resembling volume, that’s just ME. My lashes are tricky and I struggle to get a real BAM look no matter what I use..
I did however think it was a great lengthening mascara fo me. It seemed to left and lengthen, I don’t know if it was curling or what but it was doing something. I will try and get some good shots to put up for you but as I said my lashes are poor so what I think is awesome you guys probably wont. I may get a stand in lash model for the job. So… they were definitely sculpted and they were without a doubt luscious…. I also really liked the brown shade, it was my first brown mascara and it’s safe to say it wont be my last…. but it didn’t volumise.
This stuff is a steal at £3.99 if that’s what you’re looking for. I would compare is to Urban Decays Skyscraper… only better. 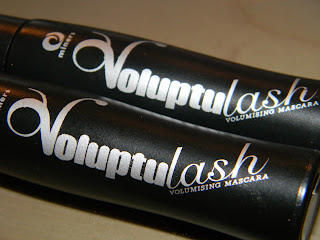 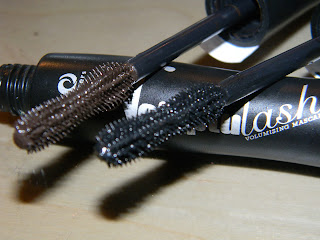 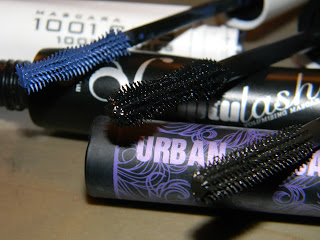 I compared the wand to my other comb mascaras
Bourjois 1001 lashes & Urban Decay Skyscraper
I actually find that the miners applicator is easier to work with and I haven’t had trouble with the mascara smudging on to my lid (which I do with the Urban Decay wand)
I think the formula is just as good as the higher end equivalent and so I just can’t see the justification in paying the higher price.
Have any of you guys tried this?
If you haven’t but you’d like to you can buy miners @
www.miners.co.uk