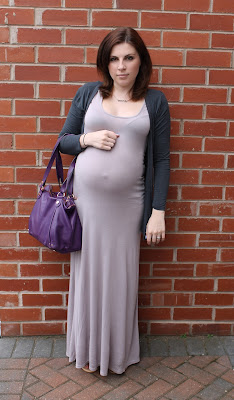 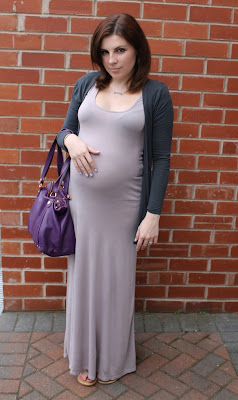 Not much in the way of outfit pictures today but I make up for it with others (read on)
*What I’m Wearing*
Maxi Dress – I just bought this from eBay for a bargainous £3 it is from Warehouse Definitions Collection and I know I will get tons of wear out of it, it’s so comfy which is fab right now. Trouble is it’s so thin you can see every lump and bump which is not so fab when I have an extreme belly button going on.
Cardigan – New Look
Bag- Ted Baker
FlipFlops – Primark
Name Necklace – Another eBay bargain
Nails – Models Own Beths Blue
We went to my parents house today, that’s normally a Sunday activity but we didn’t have a lot going on. Because I’ve been working part-time in my last month at work and Lee has been off on Garden Leave we’ve had a lot of time during the week to do the stuff that’s normally saved for the weekend so when Saturday comes we find ourselves at a bit of a loose end. Anywho.. We thought we’d have an extra Grandma visit this week. I took along my camera and got some pretty cute pictures of one of the (two) dogs I thought I would share.
Meet Remy 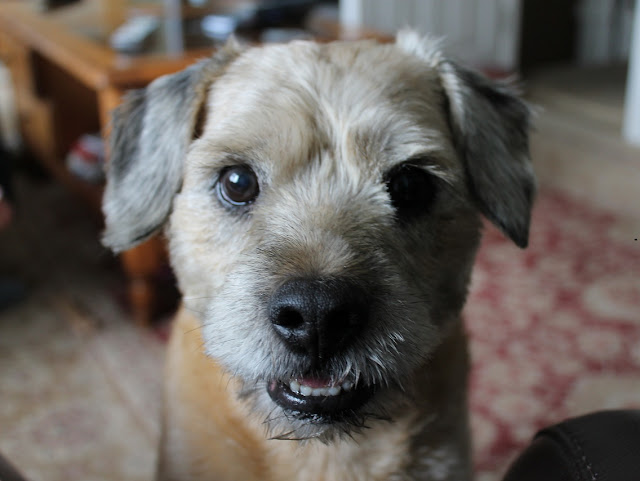 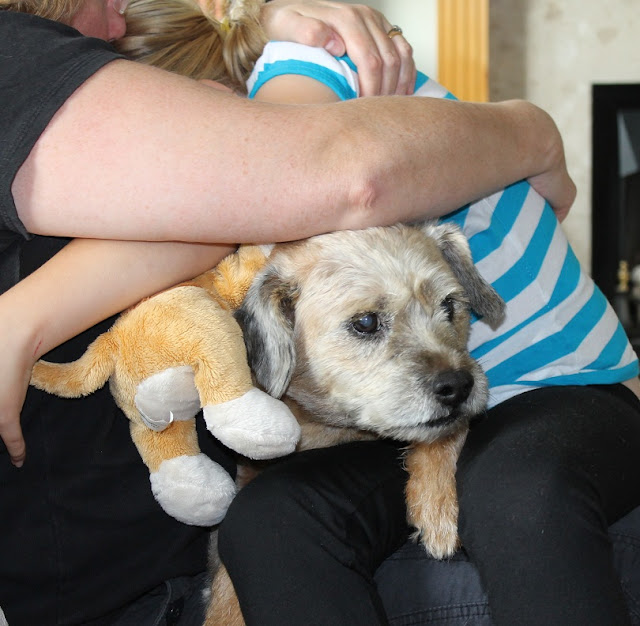 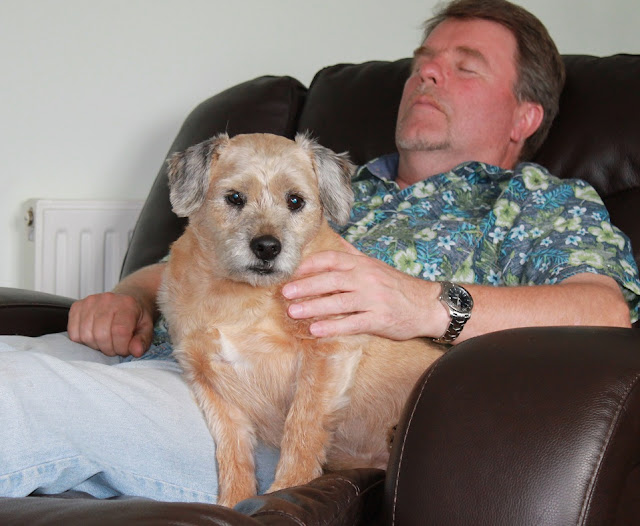 Remy is a Border/Lakeland Terrier Cross who loves to be the centre of attention and  is jealous by nature. He’s very feminine as dogs go and should probably have been born a poodle or a lapdog. He would absolutely be carried around in a purse if you could find one big enough and he will no doubt be the one dressed as a baby and pushed around in Milo’s pram when he arrives.
He will sit with anyone that will stroke him and can often be found courting prospective owners as back up in case he was ever to find himself without a home.
We’ve (my parents) had Remy since I was 15 (that makes him 10) and he’s a fully fledged member of the family, he thinks he’s people and will sleep in the bed, under the covers, head on the pillow if allowed to do so… which he sometimes is.
Tomorrow I will be back with some pictures of Spike, my first and favourite dog (shh! don’t tell Remy)
Who are your furry friends?