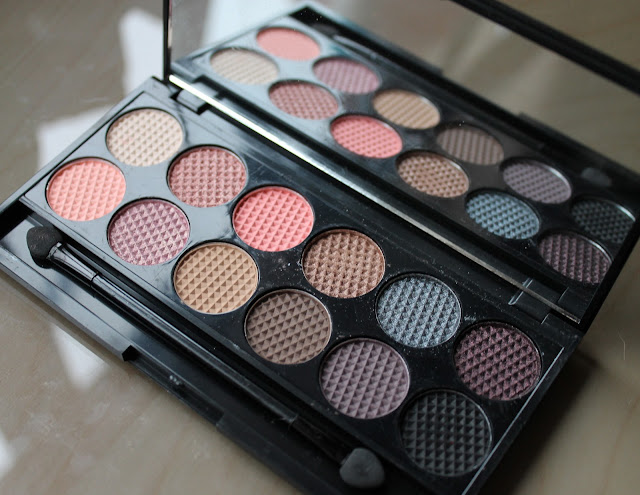 This is my FIRST sleek palette… can you believe it? Despite the hype surrounding them and the glowing reviews EVERYWHERE I was always put off by the cheap looking packaging. Ok, I know they are cheap but they don’t have to look it, right? When it’s closed it looks okay but once you open it up I think it looks like something I’d buy for my 6 year old. Maybe I’m alone here but that’s definitely why it’s taken me so long to make a purchase. I popped in to Superdrug at the weekend with some lovely beauty card points burning a hole in my wallet and decided to give Sleek a go. There are so many palettes it was near impossible to pick, I was going for the Storm because it seems so popular but then this one caught my eye. I’d never heard of the “oh so special” palette and more importantly there was only ONE left so I HAD to have it!
I love the colour range, it’s got a real day to night feel. The quality of the shadows are similar to MUA in that the metallic shades are great and the mattes.. not so much. I have to give them kudos for including mattes at all though because a lot of drugstore brands don’t even attempt them because they’re so hard to get right and these are not TERRIBLE.. they’re just not as good as the others. With a primer underneath they are a lot better. The one thing I was bowled over by was the matte black. Even high end brands struggle with a matte black but sleek have it dead on, it’s SO pigmented, I did get a lot of fallout as a result but you can’t have it all, can you? I’d seriously recommend Sleek now if only for that one shadow. So many palettes miss the black and I think it’s an essential addition. Overall it’s a really great palette and I will absolutely be purchasing more from Sleek. 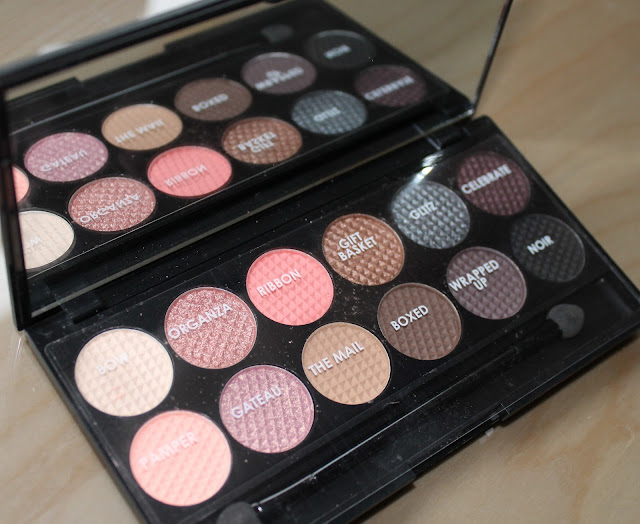