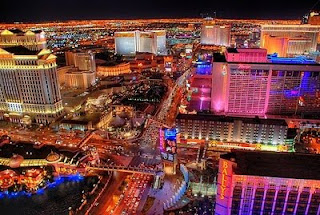 The tackiest place on earth?….or the most ROMANTIC???
This is open to interpretation. 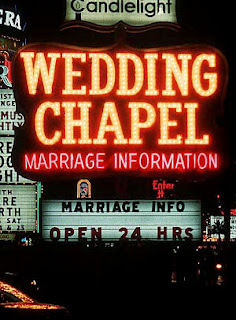 I am looking forward to a “quickie wedding” in Vegas this October.
It’s yet to be booked and I’m still researching the actual getting married part but I’m pretty much sold on the idea. I have been gradually collecting bits and pieces for 6 months or more and really cannot wait.
I have the option of going all out tacky… jeans and tshirt, drive thru wedding extravaganza….
OR
I could go for an intimate, candlelit, flowy dressed affair…
each one PERHAPS equally as romantic in their own way, but which should I choose? 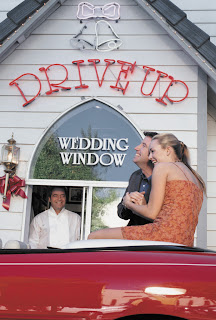 For a while I was siding with the all out tack… I thought if I was gonna do a vegas wedding why not embrace the cheese? You won’t be dissappointed and it would be a quirky story to tell your friends..
Then I bought a cute dress and thought… maybe I’ll do it a little more traditionally…
NOW …. I just don’t know!
For those of you that have been following me for a while on YOUTUBE you will know that both my partner and I are currently getting divorced from our previous spouses which means no solid plans can be made until those are both final. This is annoying to say the least but we’re getting on with things and passing the time, hoping that we will be all done in time for october. This is one of the reasons that Vegas seemed the obvious choice.
There’s no waiting time between divorce and re-marry in the state of Nevada,
We can “plan” without actually planning ANYTHING,
We don’t have to deal with opinions of anyone else who may…have an opinion
So Vegas it is… I think,
But which direction do I take… Tackiest of tacky or the most romance Las Vegas has to offer?
Please leave comments
and
Thanks for Reading
xoxo
missBB